Warm salads make for a nutritious and satisfying lunch or dinner. Try this recipe from nutrition student Lily Ward. And stay tuned for a new series of recipe cards in store featuring Lily’s one bowl wonders. 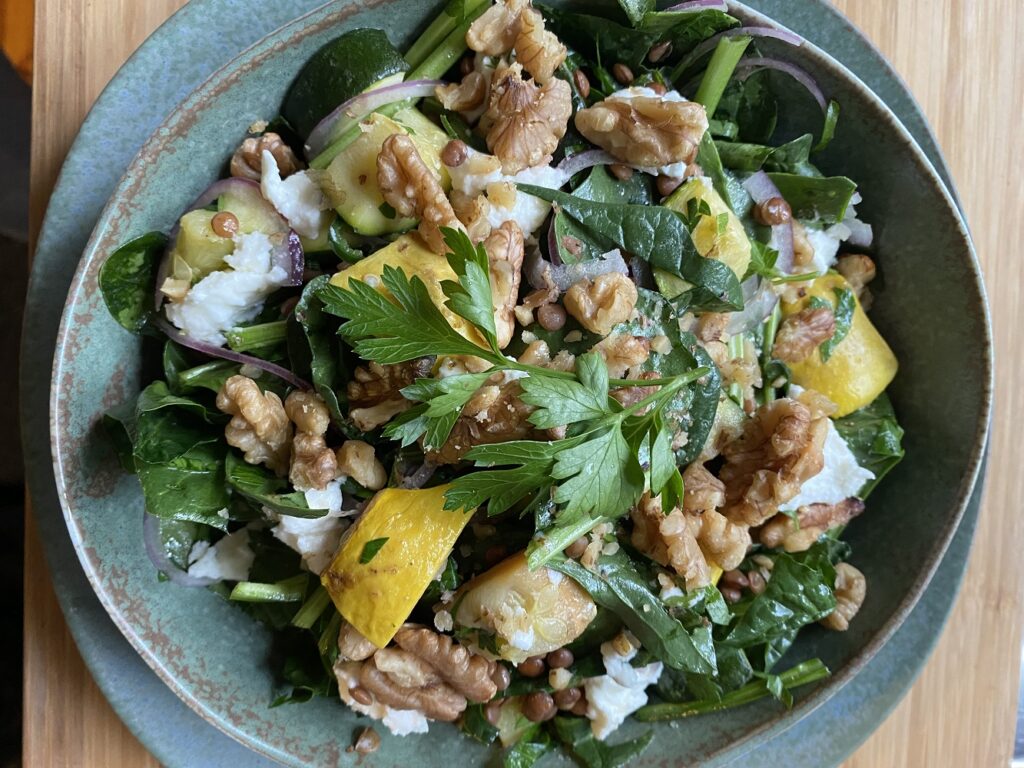 Cook lentils in a saucepan on low with 2 cups of water till absorbed and softened.
Roast squash and zucchini in the goat cheese marinade oil at 200 degrees C until cooked through.
Add lemon juice, honey and oil to a jar with a pinch of salt and shake for the dressing.
Once everything has cooked combine spinach, red onion, lentils, roast veg, parsley and dressing in a large bowl and toss.
Serve with toasted walnuts and goats cheese on top.