When Maddie Brett-Hall learned of the plight of koalas during last summer’s bushfire crisis she wanted to help. The arty teen from Faulconbridge put her drawing skills to good use creating a fundraising tea towel she sold via friends, family and the Co-op to raise money for Science for Wildlife. 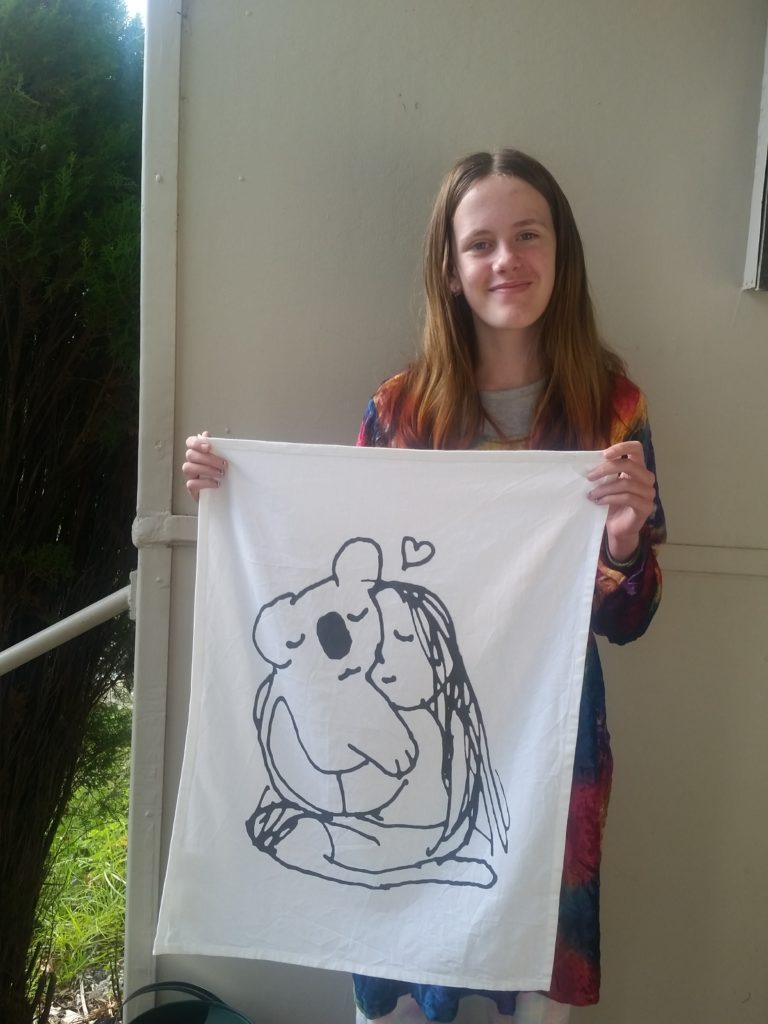 “We learned about Science for Wildlife and their rescue effort to move 12 koalas from the path of the fire in the Blue Mountains National Park into safe keeping at Taronga Zoo,” explains Maddie’s Mum, Rachel Hall.

Maddie, who is home-schooled, is passionate about protecting and caring for the Earth and all creatures on Earth says Rachel. “When she asked me to share her artwork on social media to raise awareness for koalas the response was overwhelming.

“We decided to have the drawing printed on tea towels we could sell to raise money for koala recovery,” says Rachel. “Within 48 hours we had sold 50 tea towels!”

There was such demand for the tea towels that a second print run of 50 also sold well and Maddie was able to donate $1,200 to the Science for Wildlife koala recovery program.

According to Science for Wildlife, the Blue Mountains World Heritage region is home to the most genetically diverse koala population in the world.

“During the massive fires, as 80% of the World Heritage Area burnt, we were at risk of losing the entire koala population at this site and so that’s what drove us to try something so radical and pull these koalas out before the fire hit,” says Dr Kellie Leigh, Executive Director of Science for Wildlife.

The rescue effort was a success and after the threat had passed the koalas were safely returned to their homes in late March. Science for Wildlife reports they are all doing well.

The Co-op has a handful of Maddie’s tea towels left for sale in the Big Little Shop with all proceeds go to Science for Wildlife. The tea towels are $20 each.